Hon’ble President of India, Shri Ram Nath Kovind was sworn in as the 14th President of India on 25th July, 2017. A lawyer by profession, he had been the Governor of the State of Bihar before he took over the highest constitutional office. Shri Kovind brings to the office a rich experience of working across the spectrum of the republic, from the grassroots to the apex court and parliament. He has been an ardent champion of equality in society and integrity in public life.

Early Life and Education
Shri Kovind was born on 1st October 1945 at village Paraunkh in Kanpur district of the State of Uttar Pradesh. Coming from a family of modest means, his beginning was humble. He attended school and college in Kanpur. He first studied commerce for Bachelors and then attained his Law degree from Kanpur University.

Professional Career
Shri Kovind enrolled as an advocate with the Bar Council of Delhi in 1971. He served as Counsel of the Union Government in the Delhi High Court from 1977 to 1979. In 1978 he rose to become an Advocate-on-Record with the Supreme Court of India. From 1980 to 1993, he was Standing Counsel for the Union Government in the Supreme Court. Under the Free Legal Aid Society of New Delhi, he also provided pro-bono aid to weaker sections of society, especially women and the poor.

Public Life and Parliament
Shri Kovind was elected as a member of the Rajya Sabha, the Upper House of Parliament, from Uttar Pradesh effective from April 1994. He served two consecutive terms of six years each till March 2006. Serving on numerous Parliamentary Committees, he gathered in-depth experience in governance. He addressed the United Nations General Assembly on 22nd October 2003 as a member of the Indian delegation.

Shri Kovind is an ardent advocate of education as a tool for social empowerment. He actively supports greater participation of women in nation-building and has been consistently calling for the society to create more opportunities for the deprived sections, especially the disabled and the orphans. He served as a Member on the Board of Management of the Dr. B. R. Ambedkar University, Lucknow, and also as a Member on the Board of Governors of the Indian Institute of Management, Kolkata.

President Kovind’s vision is to contribute towards “creating that optimal partnership between citizens and their representatives in the Government”.

Governorship of Bihar
Shri Kovind was appointed Governor of the State of Bihar on 8th August 2015. His term as Governor received all-round appreciation for upholding the values of the Constitution. He, in his capacity as Chancellor, introduced several reforms and modern technology in the working of State Universities and brought transparency in the appointment of Vice-Chancellors. He earned respect from leaders of all political parties for his statesmanship, sagacity and adhering to democratic ethos.

Ascent to Presidency
Shri Kovind’s achievements as a Governor burnished his credentials as a candidate for the Presidency in 2017. After his election to the highest constitutional office, he has discharged his duties as the first citizen of India with foresight and humility. He has paid State Visits to 28 countries till December 2019 enhancing India’s global outreach and footprint. On these State Visits, President Kovind conveyed India’s timeless message of peace, progress and harmony. As the President of India, he has received the highest State honours from six countries, namely Madagascar, Equatorial Guinea, Eswatini, Croatia, Bolivia and Republic of Guinea.

As the Supreme Commander of the Armed Forces of India, in May 2018 President Kovind made a historic visit to the troops deployed at ‘Kumar Post’ in Siachen, the highest battlefield in the world. He is an avid reader and has keen interest in books on politics and social change, law, history and spirituality.

Personal Life
Shri Kovind married Shrimati Savita Kovind in May 1974. They have a son and a daughter.

Admission for session 2022-23 : The admission process for UG programs in the university has started. The entrance exam is being conducted through Common University Entrance Test (CUET). 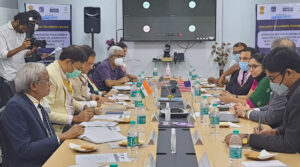 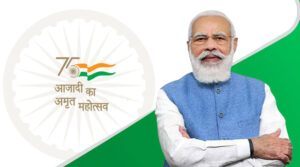 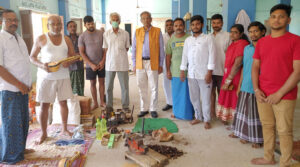